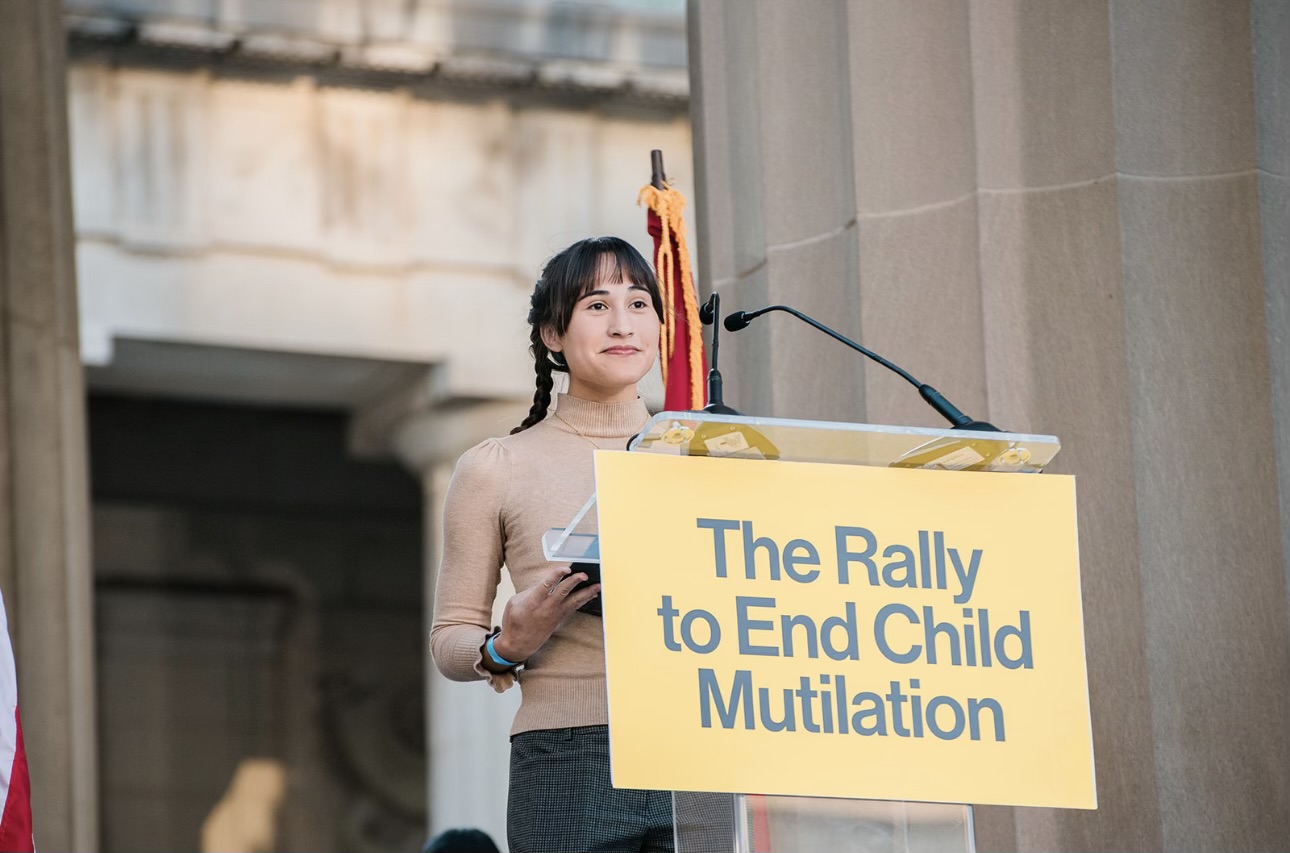 Stop the Mutilation of Children!

Chloe Cole is a remarkable young woman whose story has gripped the nation.

Then, under the advice and supervision of medical professionals, Chloe was coerced into undergoing a “gender transition.” Between the ages of 13 and 17 years old, physicians placed Chloe on puberty blockers, off-label cross-sex hormone treatment, and performed a double mastectomy on her to remove her breasts.

But Chloe’s gender dysphoria did resolve itself. And despite an undeniable body of relevant medical literature, Chloe’s doctors never once informed her of the possibly—the high likelihood—that her gender dysphoria would resolve itself, without cross-sex treatment, by the time she reached adulthood. Chloe’s doctors never once informed her or her parents of non-invasive psychological or psychiatric counseling options.

Instead, her doctors concealed treatment options from her and fraudulently informed her that the only way to resolve her gender dysphoria was to undergo a physical, chemical, and social transition to a male role.

And the result of their concealment—their fraud—is a lifetime of irreversible physical and psychological damage to Chloe.

Today, Chloe is fighting back and seeking justice—justice for herself and for other kids who struggle with gender dysphoria and are being coerced into irreversible medical “care.” Chloe’s lawsuit seeks to hold her doctors responsible for the bodily mutilation she has suffered.

Have Your Doctors Lied to You Too About “Gender Affirming Care?”

If Chloe’s story sounds like your own story, and you want to take a stand too, lawyers at the Dhillon Law Group and at LiMandri & Jonna LLP want to hear from you.