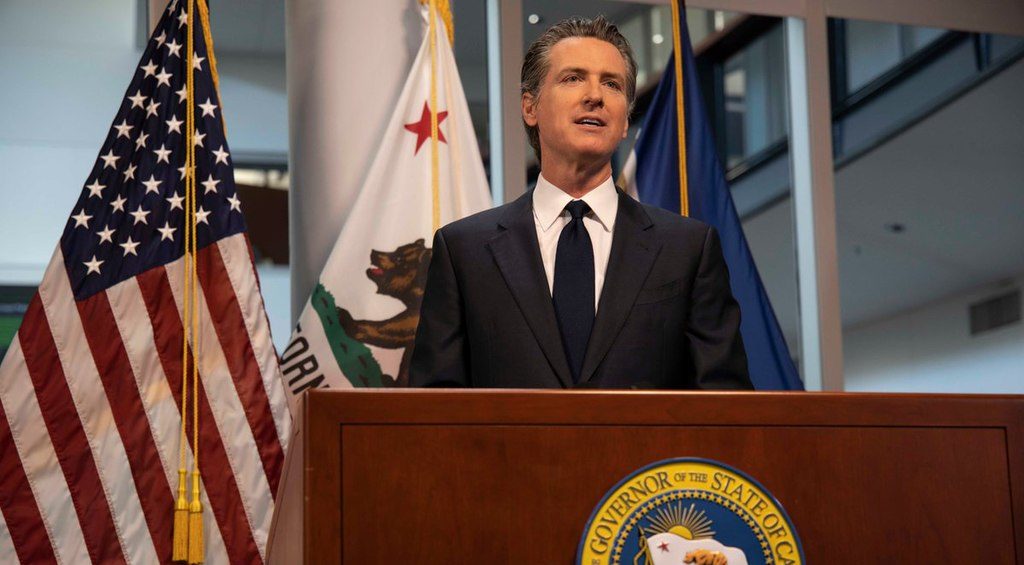 May 8, 2020—Today, the Center for American Liberty, in coordination with the Dhillon Law Group and the American Phoenix Project, filed a lawsuit in federal court against Governor Newsom and others on behalf of five Californians who had life defining moments ruined by Governor Newsom’s denial of their constitutional rights.

Plaintiff Monica Six of Orange County had her April 21, 2020 wedding ruined by the Governor’s overly broad Shelter-In-Place order. Because of the Order, Six’s wedding venue had to cancel her contract. Now, as a result of the indefinite duration of Newsom’s Order, it is unclear whether Six will be able to have a wedding ceremony.

Plaintiff Jane Doe is a breast cancer survivor; her surgeon deems it medically necessary to schedule a reconstruction surgery. However, her surgeon cannot schedule this necessary surgery because Newsom is refusing to allow hospitals to perform “cosmetic” procedures.

Plaintiffs Derek and LaurieSue Medlin have been denied access by Newsom, for all but 30 minutes twice a week to their special needs son who lives in a non-medical residential home that provides 24/7 care. The Medlins are accustomed to seeing their son for hours at a time and to taking him home too. Now, they can only speak to him through a 5 ft. tall mesh fence.

Plaintiff Bailey Batten of San Diego had her high school graduation ceremony, prom, and soccer cancelled by Governor Newsom’s Order. Batten has worked diligently as student taking on a rigorous academic load. Now, she no longer has the ability to adequately prepare for Advanced Placement exams because the Governor’s Order prohibits her from studying with her study group of peers.

Plaintiff Ball is a musician with more than 60-years of experience playing reed instruments. Because of the Governor’s Order, he can no longer practice with fellow musicians or play publicly.

“Governor Newsom’s Order is causing severe and irreparable harm to our clients,” said Harmeet K. Dhillon, Chief Executive Officer of the Center for American Liberty. “Absent a court holding the Governor accountable for his continued assault on civil liberties, there is no relief in sight. The Governor says that his restrictions on civil liberties will last for the duration of the pandemic, which means Californians may never get their freedom back. This is unacceptable; that is why the Center for American Liberty is committed to fighting for the rights of all Californians—and Americans for that matter.”

“The Constitution is not suspended in times of crisis,” Barr said in his memo. “If a state or local ordinance crosses the line from an appropriate exercise of authority to stop the spread of COVID-19 into an overbearing infringement of constitutional and statutory protections, the Department of Justice may have an obligation to address that overreach in federal court.”