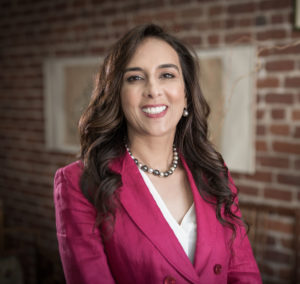 Harmeet Kaur Dhillon is a nationally recognized lawyer and passionate advocate for her legal clients.

Dhillon was named by the National Asian Pacific American Bar Association as one of the nation’s “Best Lawyers Under 40” for 2007, and won the South Asian Bar Association of Northern California’s “Outstanding Attorney Award” for 2010. In 2012, Dhillon won the SABANA Cornerstone Award for her career’s work in civil rights and pathbreaking role in politics, and in 2013 was awarded SALDEF’s Public Service award for her work on behalf of Sikh civil rights. She has been honored for several years with the distinction “Northern California Super Lawyer” by American Lawyer magazine. In 2018 California’s Daily Journal legal publication named her one of California’s top 100 attorneys, and in 2019 named her one of California’s top women attorneys. Dhillon is ranked AV by Martindale Hubbell as a distinguished and ethical attorney.

Dhillon is a graduate of Dartmouth College and the University of Virginia School of Law. Her passion for the First Amendment was nurtured in her role as Editor-in-Chief of the Dartmouth Review newspaper. She also served on the editorial board of the Virginia Law Review.

Dhillon clerked for federal appeals court Judge Paul V. Niemeyer in Baltimore, Maryland prior to embarking upon an international corporate litigation practice in New York, London, Silicon Valley and San Francisco. She currently practices a broad range of civil litigation at her eponymous law firm based in San Francisco. She is also a frequent television news commentator and columnist on legal and current affairs.